Welcome to Blairgowrie High School History page! We have two members of staff, Mr Bald and Miss Glynn. Please read below to find out about our courses and scroll to the bottom to see some of the exciting projects we are working on!

S2 – combined course with Social subjects (history, geography and modern studies). Delivered by the whole faculty. AND  History unit on Hitler’s rise to power and the Holocaust to get a taste of History before subject choice.

N3/4/5- Free at Last- Civil Rights in America, Changing Britain- the industrial revolution in Britain and Scotland and the Great War- WW1. 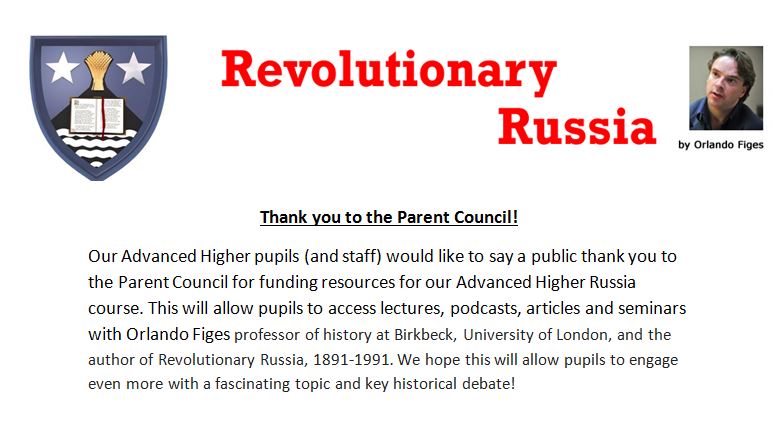 Huge well done to the Advanced Highers on their recent presentations on Stalin’s rise to power. Very informative and entertaining! 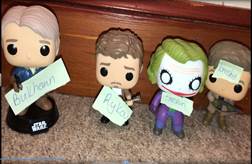 Mr Bald and Miss Glynn went to the Bannockburn visitor centre with S3 historians. During this trip pupils were given a chance to listen to an expert tell them about the battle of Bannockburn before experiencing a 3D battle experience where arrows flew past and we were charged by cavalry! (some people even screamed at this point!). We then had a chance to talk to some animated characters to find out more about the battle. Then our group took part in the "Battle Game". Our group was split in two and the English and the Scots had to battle it out. Pupils had to make tactical decisions and move their troops. After a excited and heated battle the English came out victorious! Then pupils saw the Robert The Bruce statue and found out how HUGE it was from our expert. Pupils also then had a chance to try out different equipment and clothing from the time period. Our pupils had a great time and did the History department and Blairgowrie High School proud with their high level of engagement, enthusiasm and positive behaviour. Well done!

As part of our S3 Course Pupils have been learning about Local History and taking part in the Young Heritage Ambassadors Award. Pupils chose an area of local heritage, researched this and came up with some very creative ways to display this knowledge and try to teach others. Please see below a collection of the projects from both S3 classes, these include displays, models and video’s. Topics included

On the second of February a group of heritage organisations came to Blairgowrie High School for a fair exhibiting the rich history of the local area. S3 pupils spoke to representatives from Perth Museum; the Black Watch museum; the Coupar Angus Historical Society; Glamis Castle; the Crannog Centre; the Dundee Heritage Trust (Verdant Works Textile Museum, Discovery); and Blairgowrie, Rattray, and District Local Trust. They also enjoyed learning about WW2 weapons from BHS’s in-house experts Alasdair Cooper who brought his own collections of historical artefacts and about local Mills from  S4 Pupil  Ryan Irvine who created a Lego model of a mill and is creating a video using this.

This was all to help the pupils in their bid to win the Youth Heritage Ambassadors Award, which is run by Culture Perth and Kinross to help connect young people with their local history. The competition requires pupils to not only thoroughly research an area of history, but also come up with a unique way to present their findings to the local community. Prizes will be awarded for the most creative project, the one which reaches the widest audience, and the one with the strongest community links. Miss Glynn, their teacher, explained how all of the pupils are encouraged to think about not just making good presentations, but how they might involve the public with them; “This isn’t about classroom posters, we want to think bigger,” she told me frankly. It is early days yet, but initial ideas look promising and show the class’s wide range of interests.

One group will be making a replica of an apron worn by a mill worker, and displaying it in a Stanley Mills museum. Another plan to create a video documentary about the cholera epidemic that swept Dundee in the nineteenth century to be shown on heritage websites. An interesting project by a group in her class is an effort to have a plaque made to commemorate Scotland’s first female MP. The so-called “Red Duchess” was once a trail-blazer for women in politics, but has faded into obscurity in recent years.  It is exciting to think that a group of S4 students could change this.

The award looks to be an exciting opportunity for pupils to learn and express their creativity, and if all goes well, Miss Glynn is hopeful that this project could become an annual event at Blairgowrie High School. 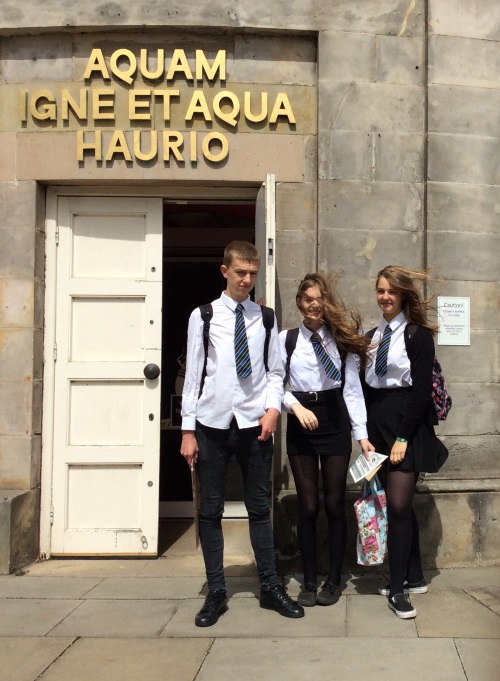 The S2 classes have been learning about the Cold War. They have learned about the Berlin blockade, the air lift and the wall. They have used this knowledge to create information posters. Pupils used their  teamwork, creativity and literacy skills to create some impressive work! Well done S2!

Our S3 pupils have been learning about local history as part of their Young Heritage Ambassadors Award. One group has worked with Fiona Davidson at Stanley Mills and has created a display for the Mill. This will be on display in the mill, including during the National Mills Weekend at Stanley Mills on 12th and 13th May. Go along and see what we have created! 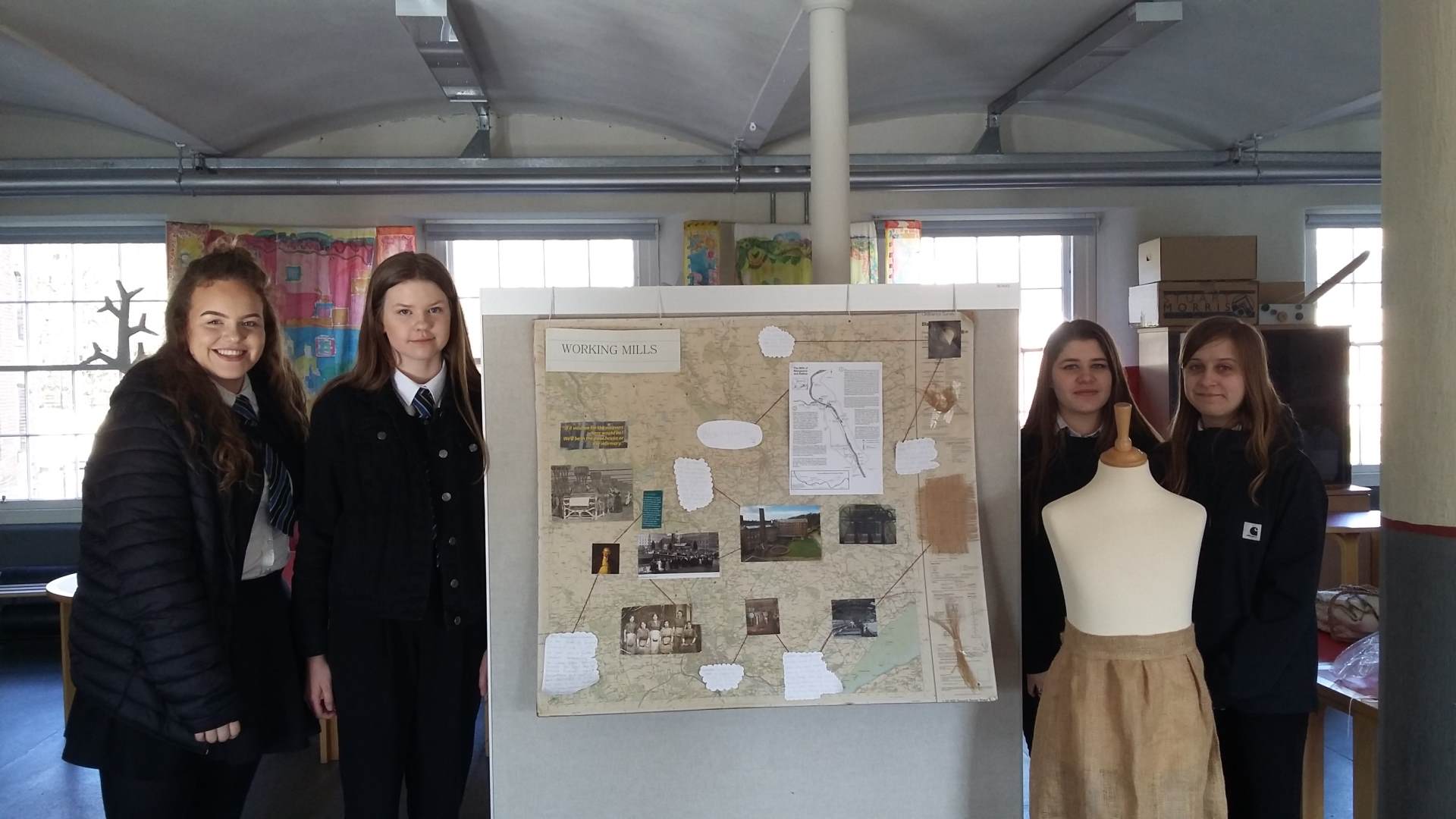 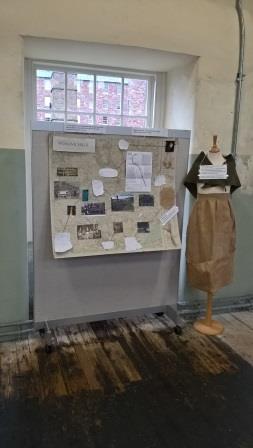 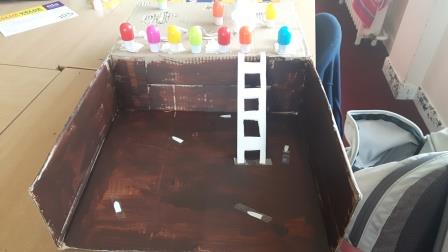 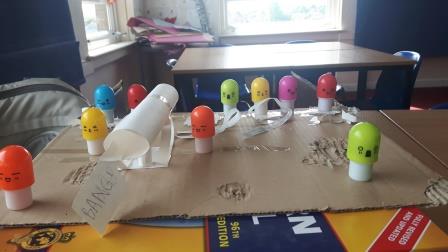